The New Zealand Men’s Interprovincial Championships have entered the third day with Auckland joining Otago as the only teams with a perfect record.

The event is being held at Hastings Golf Club and on Wednesday the men from the city of sails overcame a scare against Southland, eventually getting up 3-2 with Jang Hyun Lee and Jared Edwards getting important halves in the number one and two matches respectively.

They moved onto a tough Waikato outfit in the afternoon who were also undefeated but had a half to their record coming into day two of the tournament.

Auckland proved too strong for their opponents. They won their clash 4-1 to sit on top of their division after day two. 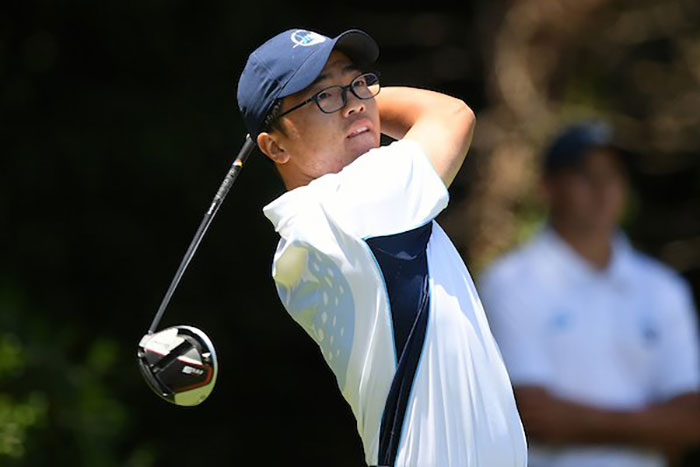 After having a bye on Wednesday morning, Otago also maintained their perfect record having defeated Aorangi in a tense afternoon battle.

Aorangi’s Daniel Perham was out in the number five match in his 100th interprovincial game for his province. He celebrated with a win 4&3 over Otago’s Sungwoo Han to get his team on the front foot early.

However, Ben Patston quickly steadied the ship for Otago with a big 7&6 victory which was followed up by Jonny McKay who also won his match 3&2.

Aorangi number one Tim Leonard is back playing the event again after a long hiatus. He beat Inia Logan 3&2 to tie proceedings up with the number twos still on the golf course.

Brandon Hodgson got his team over the line with a solid par up the last, making sure Otago kept their perfect record for the week.

“This feels pretty good. It was really tough mentally out there knowing that a couple of our lads were going to get it done and a couple were struggling, so I knew it was going to come down to my match which added a little more pressure than I would’ve liked,” said Hodgson.

“But it feels nice, the lads are clicking nicely so we’ll see what the rest of the week holds for us.”

On the other side of the draw, North Harbour sits on top of their division having also not lost a game.

They were up against a tough Canterbury outfit and it took a heroic comeback from number one James Hydes for North Harbour to sneak a half.

Hydes won five of his last six holes against Canterbury’s Matt McLean to keep his side’s record in place. Sung Jin Yeo also had a good win over another one of the country’s premier amateurs Kazuma Kobori, with Kit Bittle claiming the vital last win over Andrew Green 3&2.

They carried the momentum into the afternoon round, dispatching of a young Bay of Plenty side 5-0.

North Harbour have a blockbuster match against the defending champions Northland on Thursday morning as the Interprovincial Championships continues.