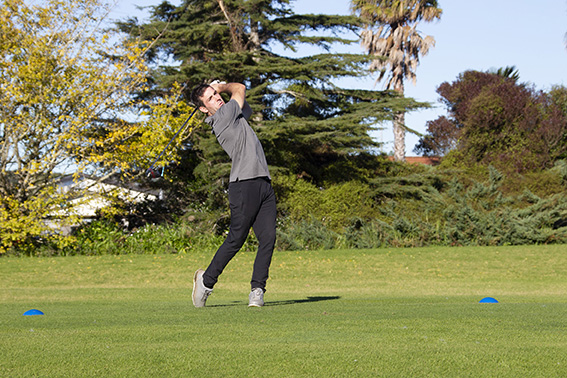 Golf facilities have found their way into the media with alarming regularity over the last 12 months. Particular focus has been paid to metropolitan areas and the use of land for golf activity. As the pressure for land and infrastructure in major cities increases, questions about the value of golf facilities are being posed. Is it fair for these questions to be asked? Yes, of course, it is, but only with even-handed consideration.

Some media coverage has been disappointingly predictable. Reporting that presents large bias and is intended to incite inflammatory responses from groups of disaffected people. While the challenges for cities are very real and the considerations quite in depth, this type of coverage can oversimplify the scenario and is primarily used to increase the visibility and profitability of either the journalist or the organisation they represent and not specifically provide even accounts or even relevant solutions.

This is not the only coverage but it is clearly the most vocal and visible. It can often do a disservice to the reader by telling them what they should think and not allowing a balanced view, where the reader is left to make up their own mind.

Through this, the positive representation of golf has not had much coverage, and why would it? A story about not-for-profit organisations supporting their communities is hardly “sexy” is it? It’s important though that there is balance and that misconceptions do not become false facts. I address a few of these below.

You’ll excuse that this is a bit Auckland centric, most of the debate is occurring there, it does however, have ramifications for all New Zealand;

Golf is not growing – Incorrect.

It’s fair to say that traditional membership has seen a decline but it’s also fair to say that the market we operate in is changing and that we have a rapidly growing number of variety seekers connecting with the game. Relying on traditional membership numbers as the marker of growth is the equivalent of judging the success of the music industry by the number of CD’s purchased. The number of total registered golfers is growing not reducing.

Clubs are exclusively for the use of members – Incorrect.

Almost all golfing facilities in New Zealand are publicly accessible with very few “member only” clubs existing. Not only are they publicly accessible, the vast majority are actively encouraging greater engagement with their communities and seeking local council support to diversify the use of facilities.

The only thing that happens at golf clubs is golf – Incorrect.

While golf facilities allow the opportunity to engage in New Zealand’s most popular club based sport, the land and the built facilities offer so much more value to their communities.

Golf club land offers a wealth of environmental benefits for surrounding communities and to cities as a whole. More than half of Auckland Council owned or managed courses back on to green space and act as a green buffer to important reserve areas limiting negative impact on these reserves. Many clubs act as stormwater run-off reducing the damage to neighbouring property. There is also a vast amount of native flora and fauna on golf courses and a number of clubs are working towards environmentally sustainable certification.

Remuera Golf Club is an example of a club who are certified and are using organic fertilisers to improve the quality of the soil and support their neighbouring wetland flora and fauna. New Zealanders resonate and identify with their natural, green, environment. A loss of this green space, particularly within New Zealand’s largest city isn’t just a poor environmental outcome, it’s a loss of identity. The Golf Sector Environmental Group is working to better understand the environmental benefits of golf and to grow this impact for communities and cities.

Golf is a great way to stay fit and healthy, particularly for those in the older age group who are often not offered as many opportunities to recreate as younger people. With close to 5 million rounds annually, a million within Auckland, a nation of people are being moved by the sport which has great benefits not only to the individuals but also to the health system of New Zealand. We know the value of 10,000 steps a day. The average round of golf can take between six to eight thousand steps. If you’re having an off day, this can be much higher!

There are between 6-10 thousand volunteers nationwide. These people see the great social benefit through their service to the game. Importantly, this reduces social isolation and loneliness, again, a particular issue for the older generation.

The golf space isn’t just limited to the game of golf. While rural clubs are a bit more accessible for things such as dog walking or walking/running, clubs such as Waitemata Golf Club are working with their local board and Auckland Council to develop a plan to grow safe access around and through the course so that more people can access the space safely. A number of facilities are joint with other sports such as tennis or squash a model that has very positive benefits for future sports facility use.

Golf clubs themselves support a number of charity and community group organisations and act as a meeting place for these groups. Many clubs support charities fundraising efforts and also engage with schools for education on biodiversity, a programme that is looking to expand. Identified clubs are supporting the All Abilities Inclusion initiative within golf supporting those athletes with either cognitive of physical disabilities to engage in both social and physical activity.

The golf industry has a large economic impact on New Zealand. Golf Tourism alone has increased from $150 million to over $600 million in the last 4 years. The New Zealand Golf Industry Council has a project to better articulate and understands this value to New Zealand but early estimates have it at around $1 billion. The industry is worth at least $54 million of annual GDP to Auckland through golf course operations and golf tourism. This is without the impact of events like the LPGA Mckayson New Zealand Women’s Open that promoted Auckland to 250 million homes around the world.

In short, our clubs do so much more than just provide golf.

There is criticism, particularly within Auckland, that ratepayers are subsidising golf. I think the question is a fair one. Particularly for those people who feel they don’t directly benefit from golf. Initially, it’s important to realise that the golf industry and local councils regularly partner on work. Golf values its relationships with councils and will continue to partner with them towards positive community outcomes going forward.

Auckland Council has noted that their support to golf clubs could be near $8.07 million per annum. Not an insignificant sum. However, in the same report, Auckland Council note that it costs around $20,000 per annum to maintain and develop a hectare of land. Golf is one of the only sports that regularly maintains and develops it’s land. Each year, golf clubs in Auckland maintain and develop 500 hectares of land to the tune of $10 million.

What about the low rent? – Fair question

Firstly, not every facility enjoys this. Some golf facilities pay tens of thousands of dollars in rent each year. For those who do have a lower rent, this is a common practice for other Council owned assets including sports and other not-for-profits. It makes sense really. How much would you charge a charitable/not-for-profit organisation that not only maintains but improves the quality of land ensuring important environmental outcomes, proactively reduces the burden on the health system, connects and supports its community and delivers a positive economic impact for the city, all while not being driven by profit? Golf Clubs are community facilities that drive positive outcomes.

Golf isn’t really serious about improving its communities, is it? – Yes, we really are.

In fact, there’s a full plan dedicated to it for Auckland. The Golf Sector Plan for Auckland was released at the end of 2017. Including representatives from across the golf industry, Auckland Council and Aktive Auckland Sport and Recreation, the plan is dedicated to ensuring a continued improvement in the value that the golf industry offers to its communities and to Auckland as a whole. We take the social responsibility of our sport seriously and are dedicated to ensuring it grows. A workplan for 2018 has been developed and released by the working group and progress is already being made on a number of initiatives.

I hope the above has been helpful to clarify any of the misinformation circulating. The next time an inflammatory piece of media about golf facilities hits the news, consider who profits the most from that story. It’s not the communities, nor the people in them but very likely, the journalist or media organisation delivering the content.

Rest assured that golf, councils and community organisations are working together to get better outcomes for our cities and we will continue to do so.